Making Sense of the 2015 Dietary Guidelines

Every 5 years the government produces a new Dietary Guidelines for Americans, which are intended to give definitive advice on what Americans should eat to stay healthy. And every 5 years these same Dietary Guidelines are vilified and ridiculed in the media, making it hard for anyone to know what to do. This year, the media response has happened earlier than usual — for the release of the preliminary scientific report, which occurs in advance of the official DGs, making it even more confusing than usual.

If the vilification were just from pseudo-scientific journalists who also happen to have a new book to sell, it would be easy to dismiss them. But today that is not the case. Some perfectly respectable scientists from some of the nation’s top universities are going to be making the case in the coming days for a very different take on what it means to eat healthy. So what does it all mean?

Here are the things that will be largely uncontroversial (with the exception of the few crazies who still want to hype the very low-carb angle):

And here are the things that will be argued about: 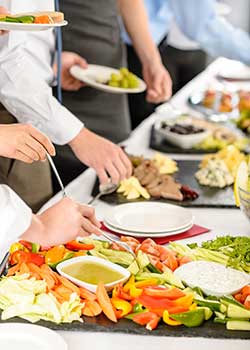 My take on this whole mess is as follows. First, any time there is legitimate controversy over a nutrient — in other words there are multiple studies from different scientific teams giving different results, as there is today in the case of saturated fat and sodium, it means that how you set up the study influences the results you find. In all likelihood, that is due to the nutrient in question having only a modest impact in general, and also it probably affects some but not all individuals. If the effect was huge and affected everyone, all the research studies would give the same result, and we wouldn’t see any arguments.

So simply from the perspective that not all studies agree, it is clear that the effects of saturated fat and sodium are not, for example, of the same evidence quality as that of vegetables, where it is broadly agreed that more is better for everyone. More specifically, what is emerging is that different individuals have different levels of sensitivity. In the case of sodium, about 25% of the population is ‘salt sensitive’, meaning that their blood pressure increases if they eat a high-sodium diet, and 75% have little or no sensitivity. The same is likely to be true of responsiveness to saturated fat, with new gene polymorphisms being identified that are responsible for the increased susceptibility in some folk.
When some but not all of the population is adversely affected by high levels of a food constituent, clearly the government is being responsible when it makes blanket recommendations to everyone that help the at-risk cases. In the case of sodium, that means lower sodium recommendations make sense on a population level because they help 25% of us, even though they are not needed by the other 75%.

About 25% of the population is ‘salt sensitive’, meaning that their blood pressure increases if they eat a high-sodium diet, and 75% have little or no sensitivity. Click To Tweet

Recognizing that general recommendations are for public health, whereas in our own home we only care about how they impact us as individuals, my general principle is ‘if it isn’t broke, don’t fix it’. Which in nutrient terms translates to this:

Do you have high blood pressure? If so you may well be salt-sensitive, so it makes great sense to keep your sodium down to the levels recommended by the Dietary Guidelines.

Do you have high LDL cholesterol? If so, you will want to do everything you can to stay healthy, and keeping your saturated fat low is one component of that (as well as keeping fiber high).

For everyone else, enjoying a balance of low GI carbs and a variety of fat sources in moderation including foods like nuts, fish, eggs and red meat will spread the risk and taste great, too.

While these Dietary Guidelines were necessarily focused on population recommendations, by factoring in what we know about our own individual susceptibilities we can avoid getting caught up in all the hype about whether the controversial pieces of the recommendations apply to us. With the exception of the saturated fat and sodium controversies, there is some good stuff sensible stuff in these Dietary Guidelines, so we shouldn’t ignore the whole lot, only the bits that don’t apply to us.