Are there “Good” and “Bad” Carbohydrates?

The Glycemic Index (GI), originally used in research on treating diabetes, measures how much a particular food increases blood glucose in the two-hour period after eating. Foods with a high GI value cause a big rise in blood glucose; low-GI foods, only a small rise. The significance here is that low-GI foods have been shown to suppress hunger extremely well because the more stable blood glucose produced by these foods tells our food brain that all is well and we don’t need to eat again yet.

Many things affect GI values. The more a food is cooked, the higher its GI. The riper a plant or the more finely ground a grain, the higher its GI. On the other hand, the presence of fat or acid lowers the GI. But don’t worry about any of that. Just remember that refined and finely ground cereals and starches, which are digested relatively quickly, usually have a substantially higher GI than coarsely milled and whole cereal grains, nuts, fruits, legumes and non-starchy vegetables. Or, here’s another way to think about it: Unrefined, whole, chunky, lightly cooked and sour foods almost always have low GIs.

It’s really worthwhile to include some low-GI foods among the options in your diet plan, not only for their benefit in reducing hunger but also because they provide the carbohydrates your body needs. We do seem to instinctively crave carbohydrates, and any plan that doesn’t have a way to give you some carbs in a healthy form will be fundamentally unsatisfying after a while.

This is why low-GI foods like legumes (chickpeas and kidney beans, for example) and low-carb bread (not really that low in carbs, but low GI) are important elements of the iDiet food plans. In addition, we recently discovered that the quality of weight loss is better on low-GI diets because even if you don’t lose more weight, there’s more body fat in the weight you do lose. And as shown in my studies at Tufts with Taso Pittas and also in similar studies by David Ludwig at Harvard, people who start out with high insulin secretion do better on low-GI diets, losing more weight more easily.

The quality of weight loss is better on low-GI diets because even if you don’t lose more weight, there’s more body fat in the weight you do lose Click To Tweet

Even though low GI is generally good, it’s possible to go too low. And if you do, you may find that carbohydrates with very low GI values are less appetizing and tempt you to cheat. Think of eating plain boiled wheat kernels, instead of wheat kernels ground up into coarse flour, and you’ll get the idea.

The solution? Mix things up! if you join an iDiet program, you’ll see that many of our suggested meals combine low-GI carbohydrates with some higher-GI foods for taste.

Here’s a selection of foods with their Glycemic Index values. You may be surprised by the values here. Before you read this, answer these questions for yourself:

Which has a higher Glycemic Index:

Essay excerpted from “The ‘I’ Diet” by Dr. Susan Roberts. 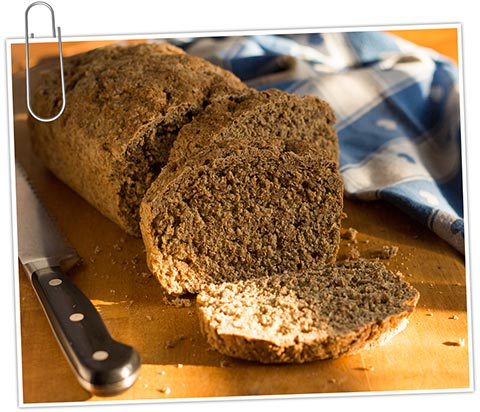